Visit of the Delegation of UC

From April 26 to 28, a UC Delegation will visit CDMX, chaired by Dr. Kim Wilcox, Rector of UCR and Executive Sponsor of Alianza MX 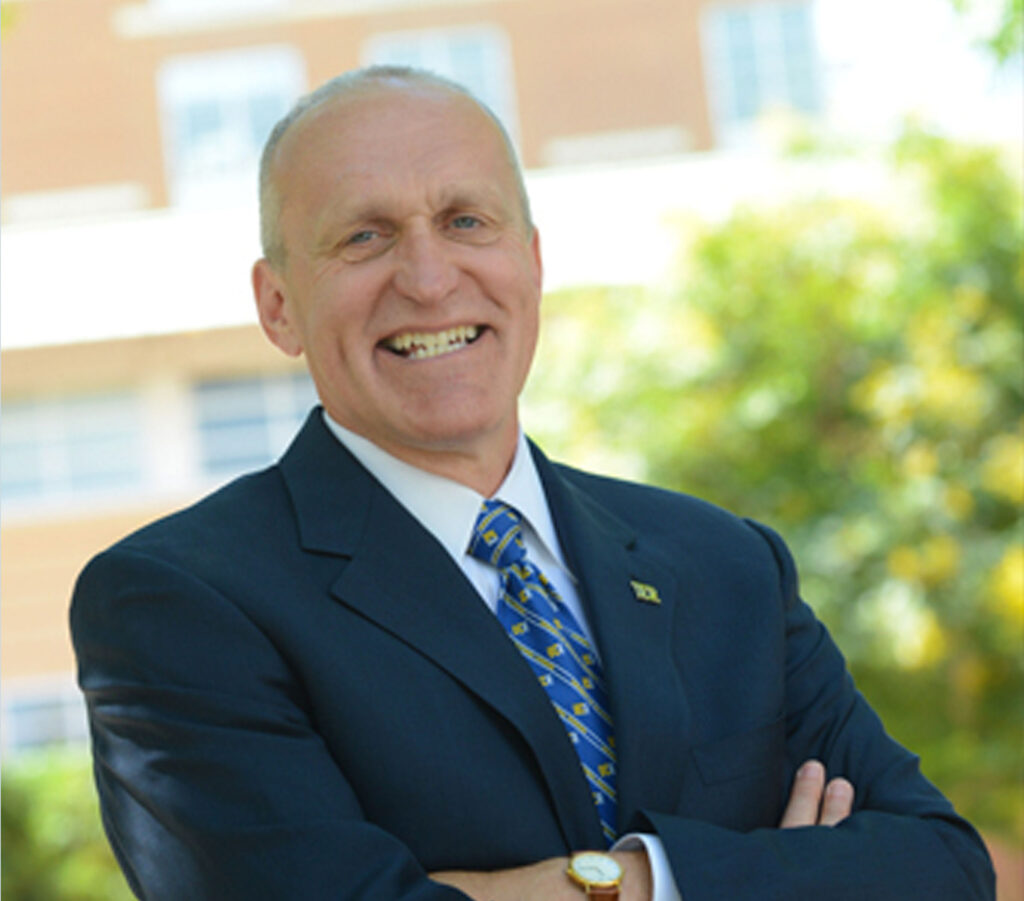 Kim A. Wilcox, Chancellor of the University of California Riverside and Executive Sponsor of Alianza MX

More about the activities soon

Know more about the delegation below 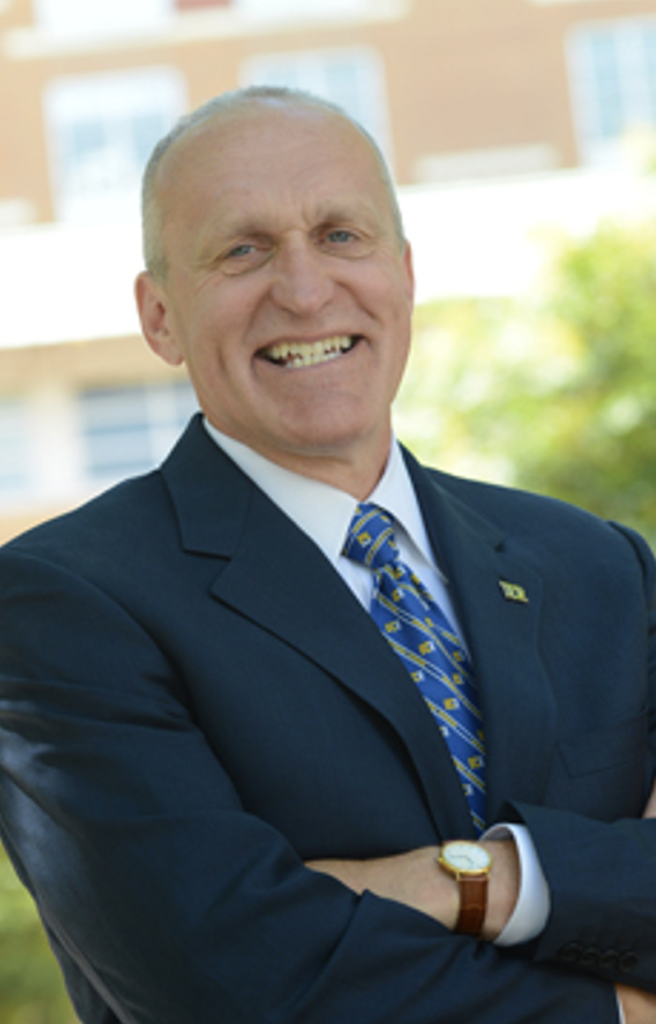 During his tenure, UC Riverside has seen historic growth across its education, research, and public service missions, including record improvements in student success, research funding, and philanthropic giving as well as the establishment of new schools of medicine and public policy.

Guided by UC Riverside’s long-term strategic plan, Wilcox has initiated an ambitious effort to grow the faculty and the campus’s physical facilities. Over the last four years, UCR has grown its faculty by nearly 200, while increasing the racial, ethnic, and gender diversity among incoming faculty members. Likewise, UCR has added or renovated more than 100,000 square feet of building space on campus since 2013 with another $1 billion in capital projects underway.

During Wilcox’s tenure, UC Riverside has become a national model for achieving student success, particularly across socio-economic and ethnic categories. In the past five years, four-year graduation rates at UC Riverside have increased by 16 percentage points and six-year rates by 5 points. UC Riverside is one of the few institutions nationwide that has eliminated graduation-rate gaps across income levels and ethnicity. In 2016, the Association of Public and Land-grant Universities (APLU) recognized this achievement with their “Project Degree Completion Award,” which goes to one university nationwide that has demonstrated innovation in student success. Under Wilcox’s leadership, UC Riverside became a charter member of the University Innovation Alliance, a collaboration of major public research universities in America seeking to improve student graduation rates and outcomes across all socio-economic and ethnic backgrounds.

Wilcox has been an active participant on a variety of higher education advisory boards and committees. He currently serves on the NCAA Presidential Forum and as a member of the board of directors for the Coalition of Urban Serving Universities. He serves as a representative of the University as a member of the Council on Competitiveness, a nonpartisan organization consisting of university presidents, CEOs, labor leaders, and national lab directors working to promote innovation and growth in the U.S. economy.

In 2021, Chancellor Wilcox received the Outstanding Senior Leadership Award by the Council of University of California Staff Assemblies. The award recognizes senior‐level leaders who are supportive and inclusive of UC staff, and encourage equity, diversity, inclusion, and community.

From 2005 to 2013, he served as provost at Michigan State. Previously, he was dean of the College of Liberal Arts and Sciences at the University of Kansas, from 2002 to 2005, and president and chief executive officer of the Kansas Board of Regents from 1999 to 2002. He also spent ten years as the chair of the Department of Speech-Language-Hearing at the University of Kansas.

A first-generation college graduate, Wilcox attended Michigan State University, where he earned a Bachelor of Arts in audiology and speech sciences. He also holds master’s and doctoral degrees in speech and hearing science from Purdue University. His research focuses on speech acoustics, and he has directed teaching, research, and service projects funded by the National Science Foundation and the U.S. Department of Education. 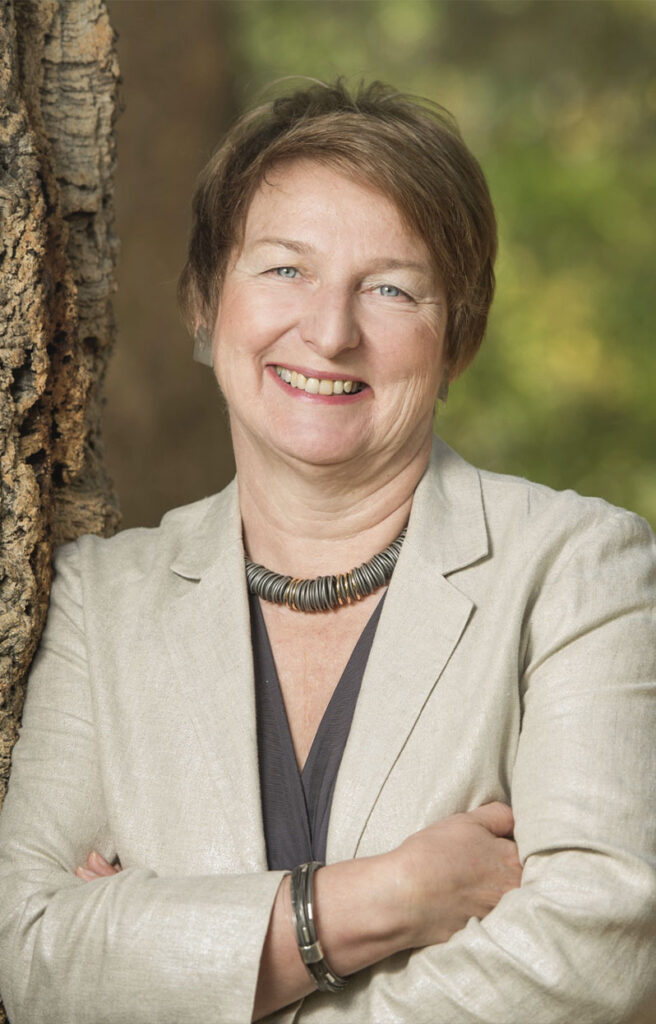 Dra. Joanna Regulska is the Vice Provost and Dean of Global Affairs at the University of California, Davis, where she is also a professor of gender, sexuality, and women’s studies.

Regulska’s research interests concentrate on women’s political activism, grassroots mobilization, decentralization, democracy, and democratization, with a focus on Europe and the Caucasus. In commitment to working in favor of diversity, social justice and empowerment of women, Regulska has established graduate degree programs in gender studies at the Central European University in Hungary and Tbilisi State University in Georgia. Additionally, Regulska is author and co-author of eight books, over 100 articles, chapters and reviews, and a member of numerous advisory boards. She has led large-scale programs that have transformed institutions, established collaborative partnerships, and substantially improved globally focused services. 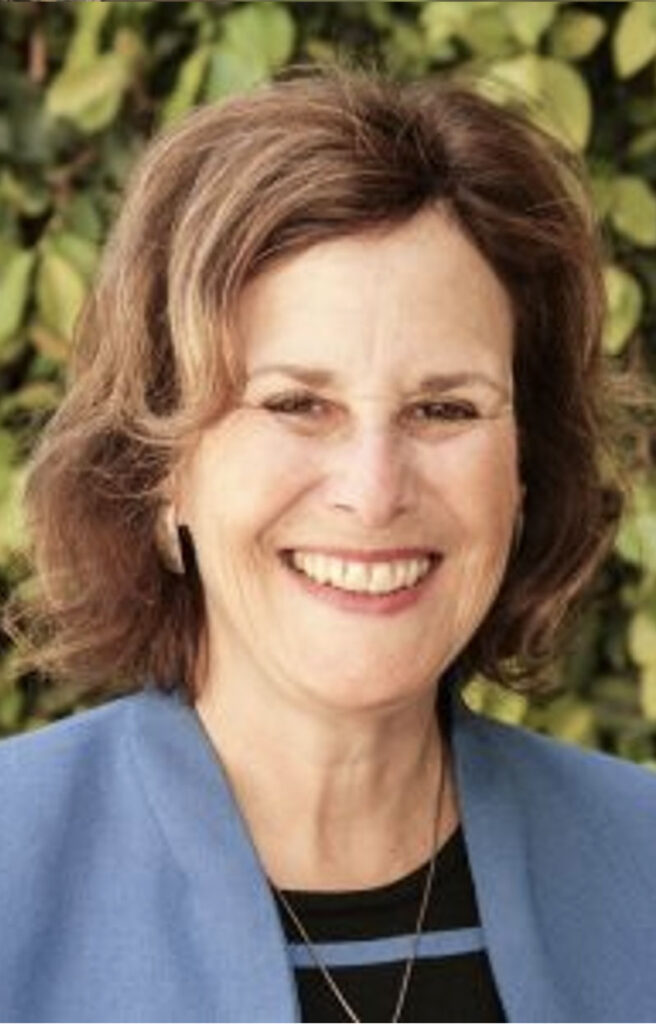 Marjorie Zatz is Interim Vice Chancellor for Research and Economic Development and Professor of Sociology at the University of California, Merced. Her research interests are immigration policy, crime, victimization, gender, race, gangs and Latin American legal systems. She is author or co-author of nine books and more than 20 journal articles. In 2019, she was mentioned by Diverse: Issues in Higher Education magazine as one of the Top 35 Women in Higher Education.

Zatz has also served Vice Provost & Dean of Graduate Education at the University of California, Merced. She was previously at Arizona State University, where she served as Director of Research & Strategic Initiatives in the School of Social Transformation, Interim Vice President & Executive Vice Provost, and Associate Professor in the School of Justice (with affiliate status in Women & Gender Studies). 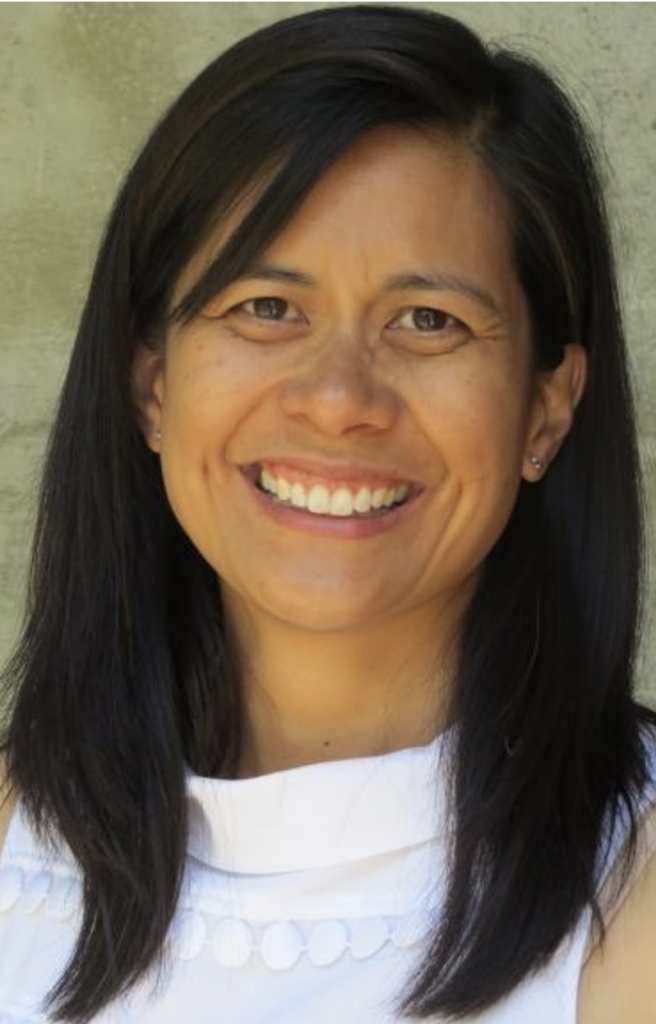 Christine Victorino is, since August 2016, Associate Chancellor at the University of California in Riverside.

Dra. Victorino earned her Ph.D. in 2012 from the Department of Education in UC Santa Barbara, working with advisor Sharon Conley and Karen Nylund-Gibson on the dissertation “Examining Faculty Satisfaction, Productivity, and Collegiality in Higher Education: Contemporary Contexts and Modern Methods.” Additionally, to her Ph.D. in Educational Leadership and Administration, Dra. Victorino holds a master’s degree from Cal Poly San Luis Obispo, also in Educational Leadership and Administration, and bachelor’s degree from the University of Toronto and Queen’s University in Kingston, Canada.

As a chief of staff in the Office of the Chancellor, Dra. Christine Victorino served as principal advisor to university leadership and played a key role in developing and executing UC Riverside’s strategic vision and goals, as well as manage initiatives and liaise with campus leaders, the UC Office of the President, and the Board of Regents.

From June 2013 to July 2016, she was Assistant Vice Provost in the UCR Office of Undergraduate Education and previously held administrative leadership and academic development roles at Pitzer College (Director of Academic Assessment, 2011-2012), Cal Poly San Luis Obispo, Stanford, and universities in Canada. 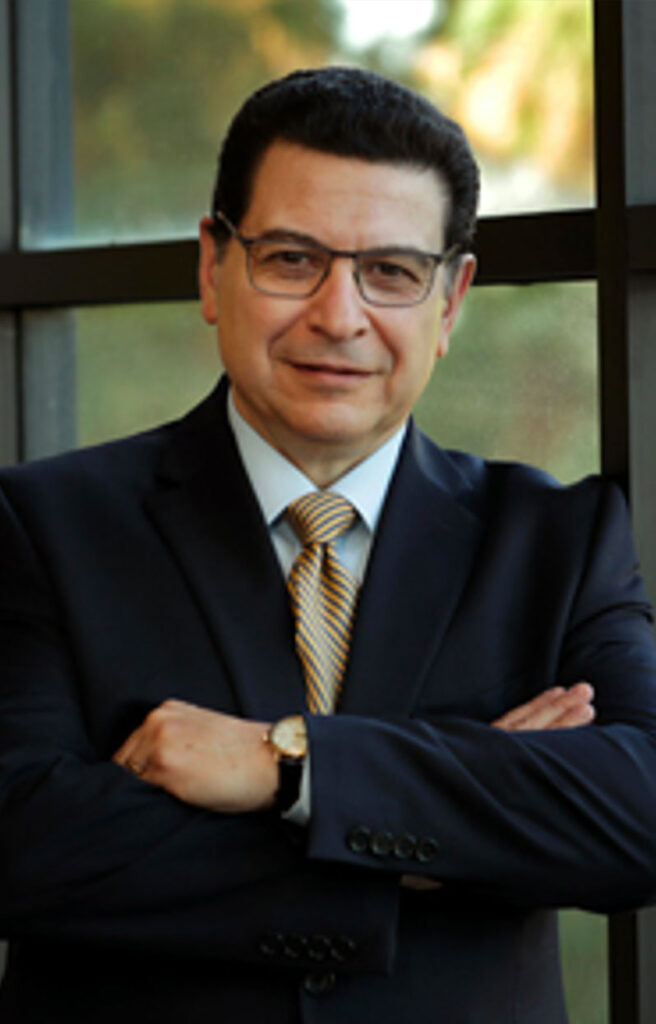 Dr. Rodolfo H. Torres is Vice Chancellor for Research and Economic Development and a Distinguished Professor of Mathematics at the University of California, Riverside. His research interests include Fourier analysis and its applications in partial differential equations, signal analysis and biology. He also specializes in the study of singular integrals, function spaces, decomposition techniques, and the multilinear Calderón-Zygmund theory.

Torres has collaborated with biologists to work on structural coloration phenomena in the tissues of animals, a work that received considerable scientific media attention. Recently, he has been working with economists and computer scientists on the use of machine learning techniques to automatize an award classification process related to the Higher Education Research and Development Survey conducted by the National Science Foundation (NSF). 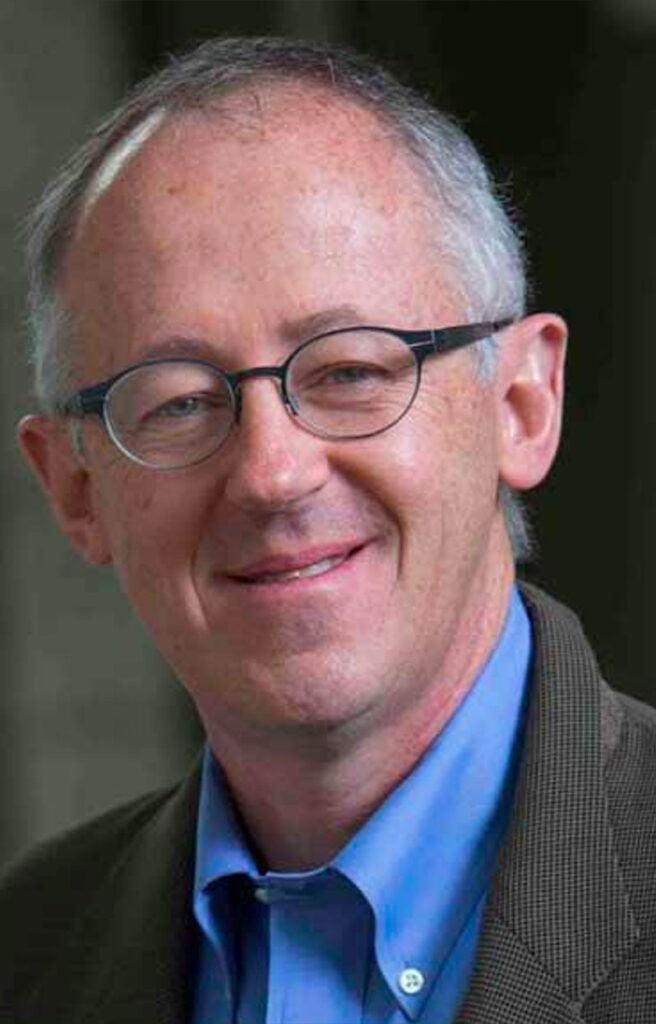 Dr. Stefano M. Bertozzi is Dean Emeritus and Professor of Health Policy & Management at the School of Public Health at the University of California, Berkeley. Currently, he is co-chair of the Health Working Group for the UC-Mexico Initiative. His research topics of interest include HIV/AIDS, infectious diseases, health disparities, and the political economy of health.

Bertozzi previously directed the HIV and Tuberculosis programs at the Bill and Melinda Gates Foundation and worked at the Mexican National Institute of Public Health as director of its Center for Evaluation Research and Surveys. co-editor of the Disease Control Priorities volume on infectious diseases. He has also served on governance and advisory boards for the World Health Organization (as director of the WHO Global Program on AIDS), the World Bank, the Joint UN Program on HIV/AIDS, the Global Fund,  the U.S. President’s Emergency Plan for AIDS Relief, the National Institutes of Health, the American Medical Association, Duke University, and the University of Washington. And he has advised NGOs and ministries of health and social welfare in Asia, Africa and Latin America.